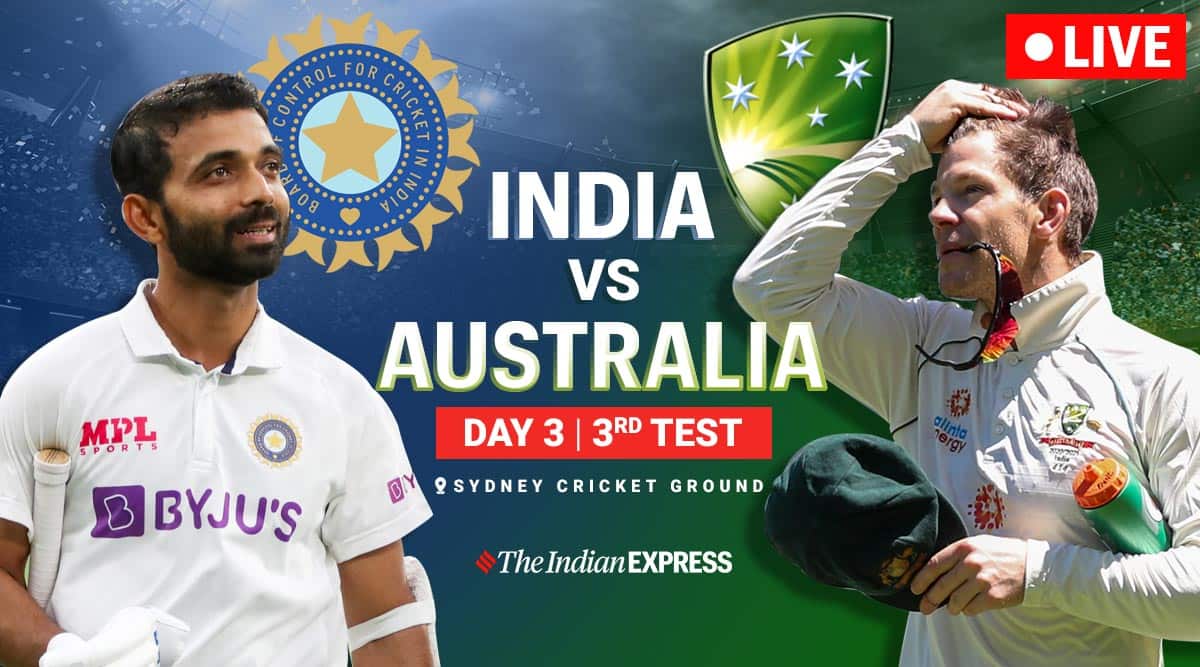 India vs Australia (IND vs AUS) 3rd Test Day 3 Live Cricket Score Updates: Captain Ajinkya Rahane starts Day 3 unbeaten on five with Cheteshwar Pujara on nine, trailing Australia by 242 runs with eight first-innings wickets remaining. Steve Smith scored Australia’s first century of the series to drive the hosts to 338 all out but India stood firm with 96 for two to leave the third test in the balance at the end of the second day on Friday. India made a good start to its innings reaching 70 without loss before Australia’s pace attack responded by removing both openers in the final session.

The four-match Border-Gavaskar trophy series is level at 1-1. The holder India is hoping to secure it with a victory in Sydney and Australia needing to win the series to reclaim it. Australia won the opening day-night match in Adelaide by eight wickets and India responded with an eight-wicket win in Melbourne last week.