Rahul Tewatia had called it a day when his phone rang. On the line was his Haryana teammate Yuzvendra Chahal. Tewatia’s groggy voice was a giveaway. Chahal knew immediately that he was oblivious to being named in the T20 squad for the England series. Tewatia, playing in the 50-over Vijay Hazare tournament, didn’t even know about a team being picked on Saturday.

One leg-spinner broke the news to the other leg-spinner. “Tera Indian Team mein selection hogaya hai,” (You have been picked for India) is how Chahal put it. Tewatia thought he was playing a prank. He only believed Chahal, when he showed him the news feed on his phone.

“When Yudi bhai (Chahal) informed me, my first reaction was that he must be joking. I never thought I would get picked now. Mohit bhaiya (Sharma) also came to my room to inform me,” Tewatia told The Indian Express.

Tewatia, an all-rounder who bowls leg-spin, has been fast tracked to the Indian team after he made an impact in the IPL. 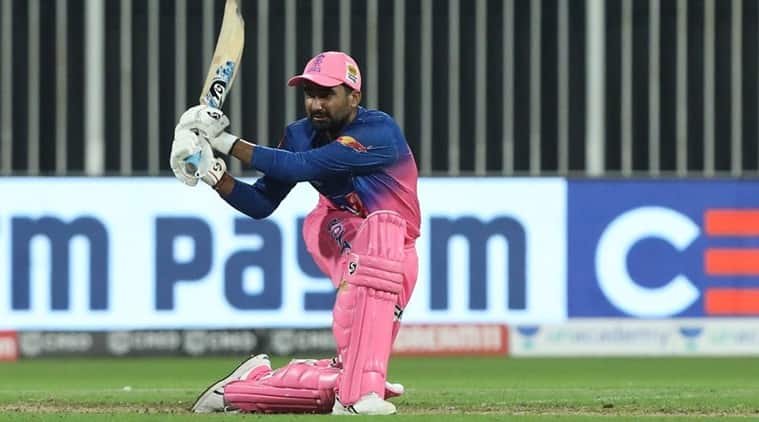 Tewatia became a household name and triggered internet memes when he turned a game on its head with the bat after struggling to connect. Playing for Rajasthan Royals against Kings XI Punjab, Tewatia looked out of depth as he failed to connect. Seventeen off 23 was all he could manage in what seemed like an embarrassing night for the unproven youngster. Amazingly when Rajasthan needed 51 off the last three overs, Tewatia managed to score the bulk of the runs. His five sixes off Sheldon Cottrell made him a hero.

“Life has always thrown challenges. Haryana has three spinners who have already played for India; Amit Mishra, Chahal and Jayant Yadav. I always knew that if I get an opportunity, I must make it count. People had noticed me after the IPL. I thought if I continue to do well, I could get picked for the Indian team,” Tewatia said.

Tewatia knows the road ahead will get tougher. “It will be great to share the dressing room with so many senior players and watch their work ethic from close quarters. I have heard that the experience of being with the Indian team is completely different. The team management and selectors have shown trust in me,” the all-rounder said.

A 19-man squad, comprising some top IPL performers who missed out on the tour to Australia, was named for the five match series against England which starts in Ahmedabad from March 12. Going by the composition of the squad, the selectors, understandably, want to have a look at as many players as possible with India set to host the World T20 later this year.

Surya gets his break

The talking point last time was the omission of thirty-year-old Suryakumar Yadav. The Mumbai batsman had made four half centuries and scored 480 runs in the IPL. He had everyone gushing about his range of strokes and timing. India coach Ravi Shastri also had a word of advice for Yadav following his omission in the shorter-format squads for Australia. ‘Surya namaskar, stay strong and patient’ was Shastri’s tweet.

Rishabh Pant for the fastest format was a given considering the devastation he inflicted on bowlers in Test cricket recently. Jharkhand and Mumbai Indians ‘keeper-batsman Ishan Kishan is the second gloveman in the squad. He is another player who impressed during the IPL. On Saturday, hours before the team was announced, Kishan smashed 173 off 94 balls in a Vijay Hazare game against Madhya Pradesh. The one who lost out was Sanju Samson. The Kerala batsman got three chances in Australia with returns of 23, 15 and 10.

With enough tricks up his sleeve to be called ‘mystery spinner’ leg-break bowler Varun Chakravarthy made an impact during the IPL. He was named in the squad for the Australia series but an injury ruled him out. The 29-year-old is back in the squad and so is seasoned pro Bhuvneshwar Kumar, who has recovered from a thigh injury. Kumar played four Syed Mushtaq Ali (T20) games and one Vijay Hazare match for Uttar Pradesh to prove his fitness.