Connect with us
While most of us are still working from home, B-Townies were out and about on Thursday for film shoots, rehearsals, and gym sessions. While Ajay devgn, Varun dhawan and Amitabh Bachchan were seen on sets of their film, Kartik Aaryan, Malaika arora, Vicky kaushal, among others were also seen around the city. Browse through the best of ETimes’ paparazzi diaries of the day here:

Dressed in a pilot’s uniform, Ajay looked completely in character for his upcoming project ‘Mayday’. The 51-year-old actor, who is also directing the film, was surrounded by his crew as our cameraman captured a few shots of him. 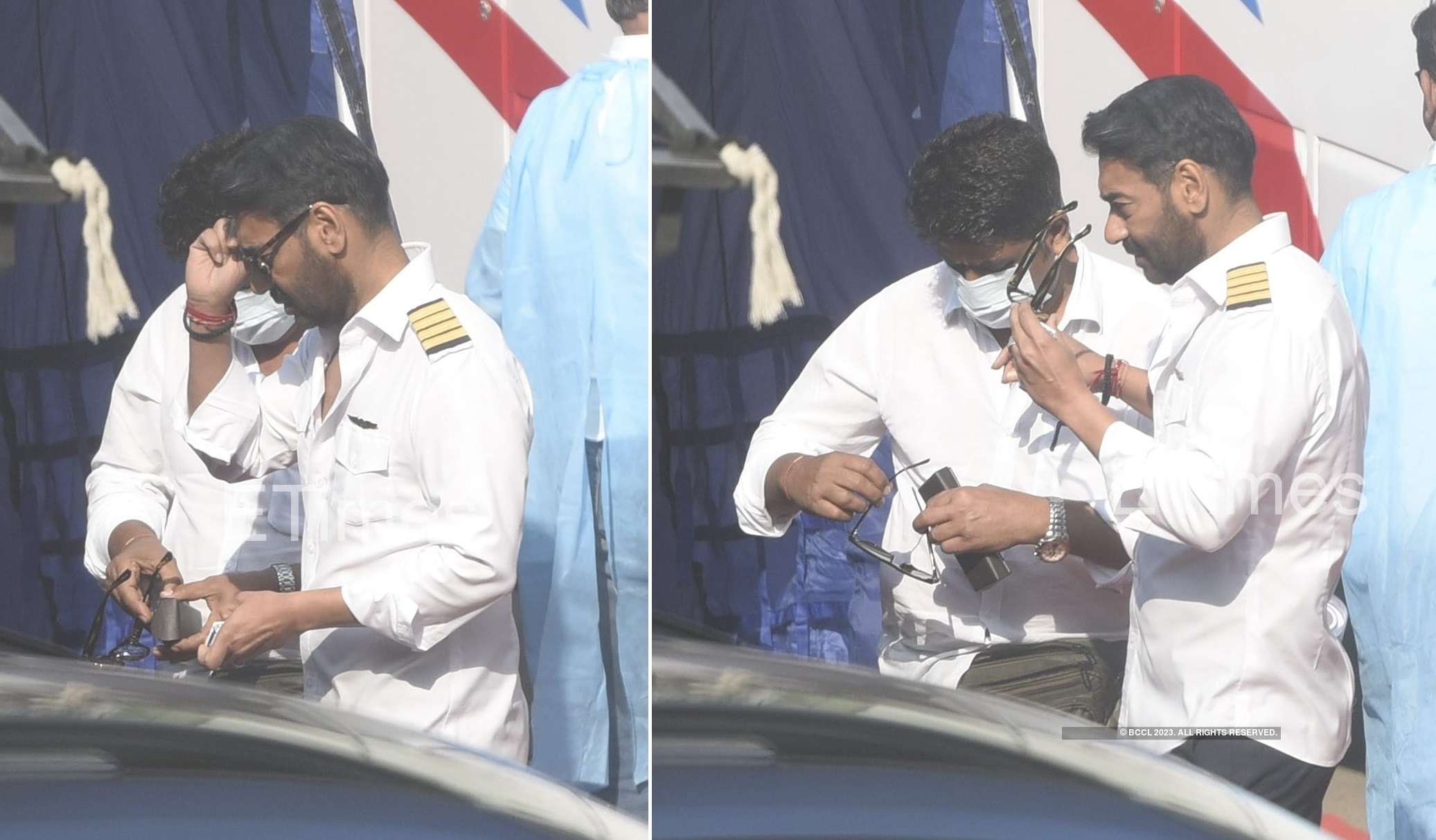 Malaika kept her date with the gym early this morning. 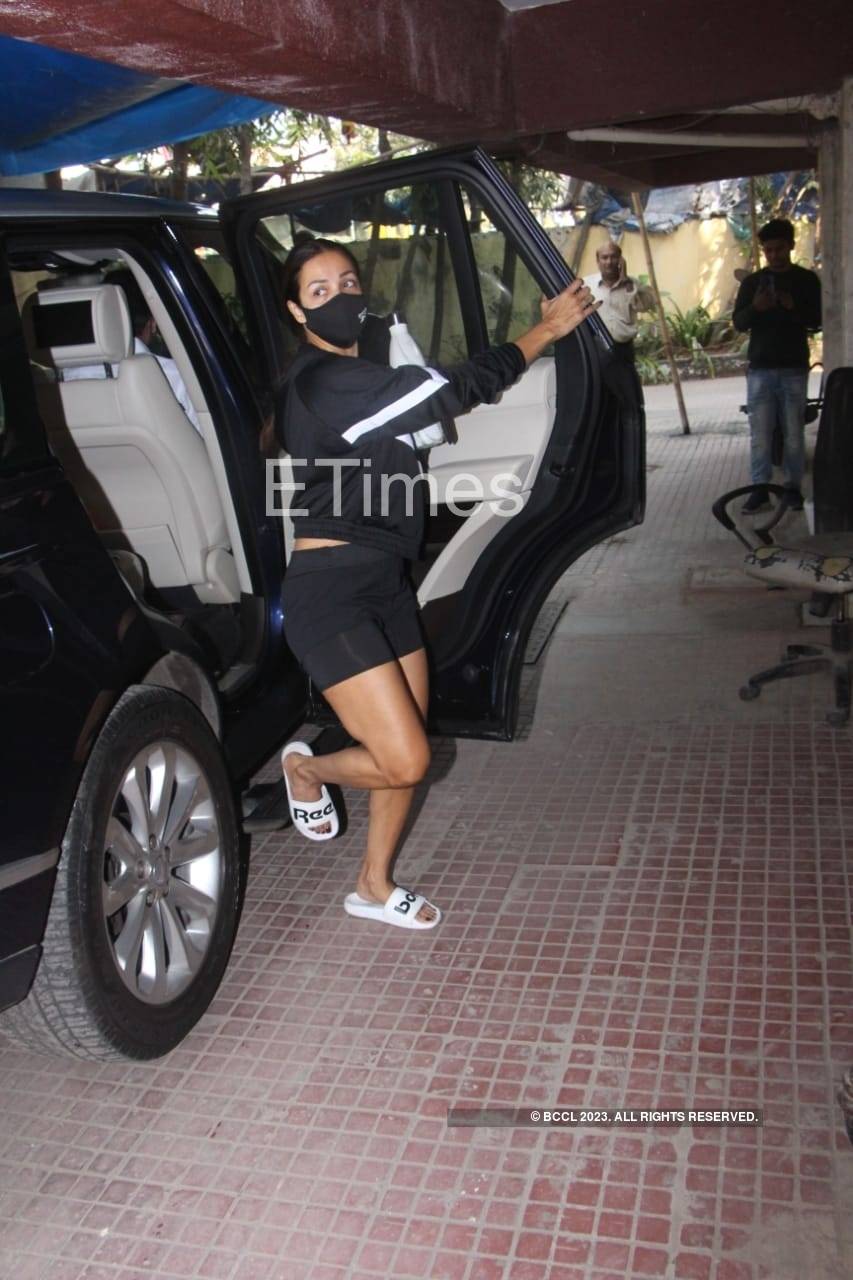 The Shetty sisters stepped out for a lunch date in matching pink and blue outfits. 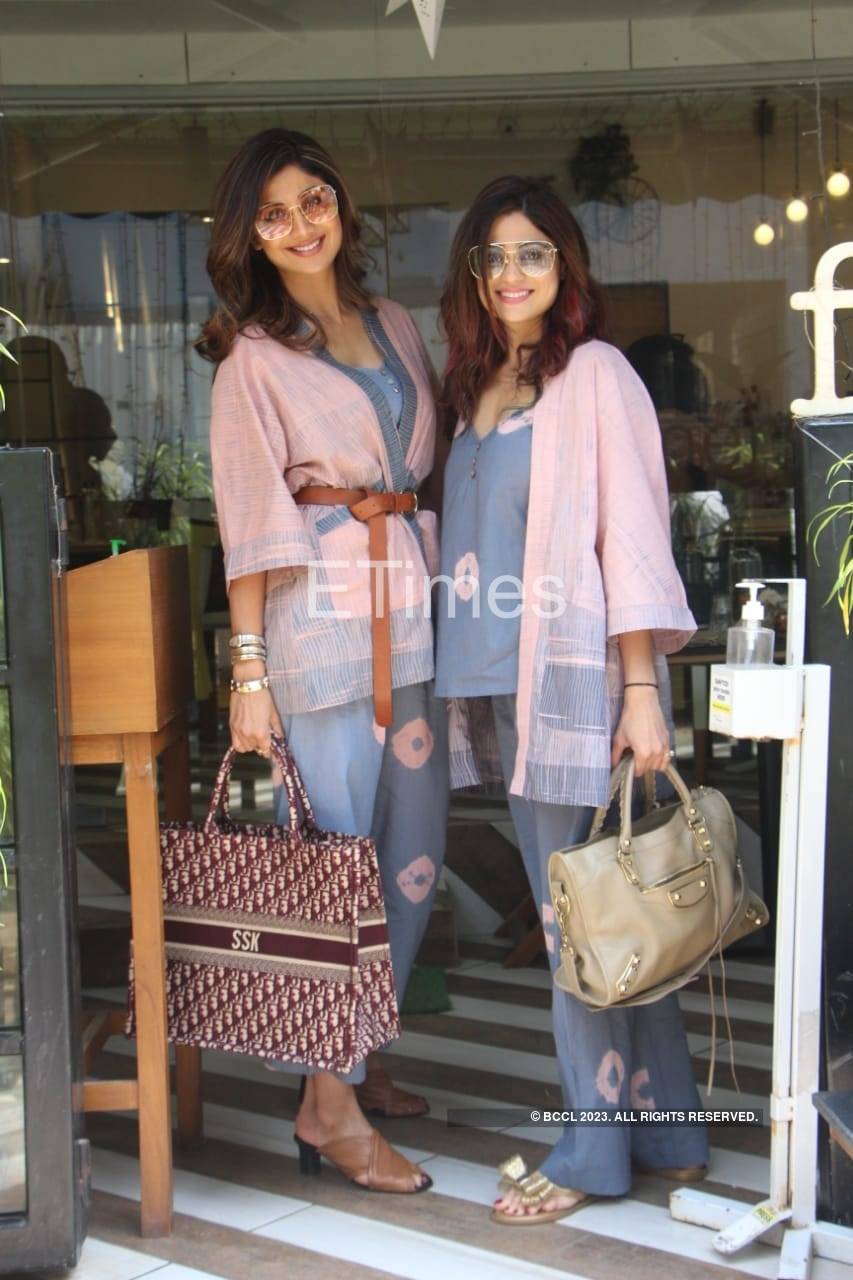 The newly-married actor sported crisp formal wear as he shot for an advertisement at Film City. Ajay Devgn’s co-star Amitabh Bachchan was also snapped on the film’s set. The Big B, too, seemed completely lost in his character, as he stepped out of his vanity van and headed for the shoot. 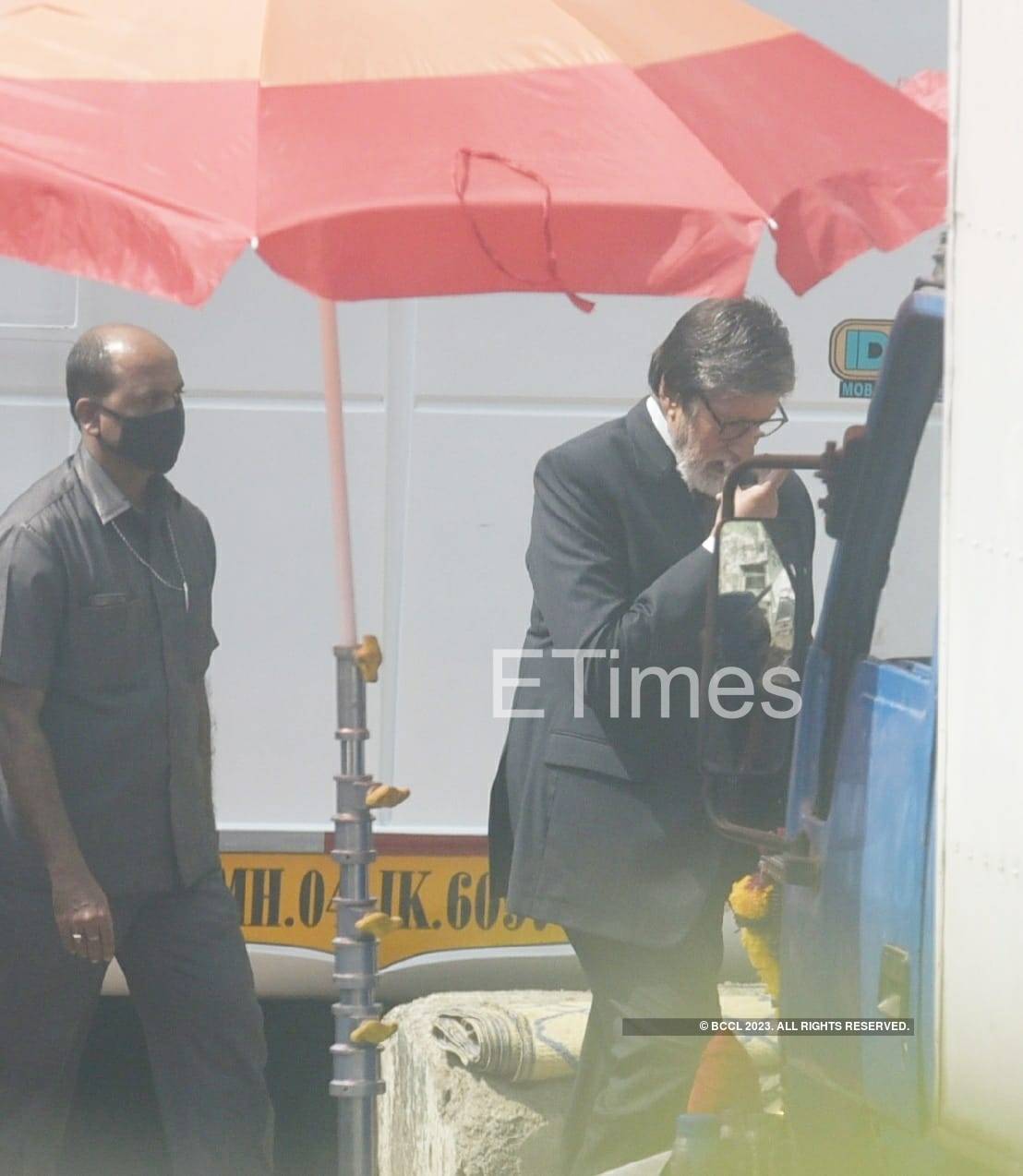 Filmmaker-producer Karan Johar made a stunning style statement as he got snapped at the airport. Isabelle Kaif, Pulkit Samrat, Akansha Singh, Sandeepa Dhar were also seen by the paparazzi at the Mumbai airport. 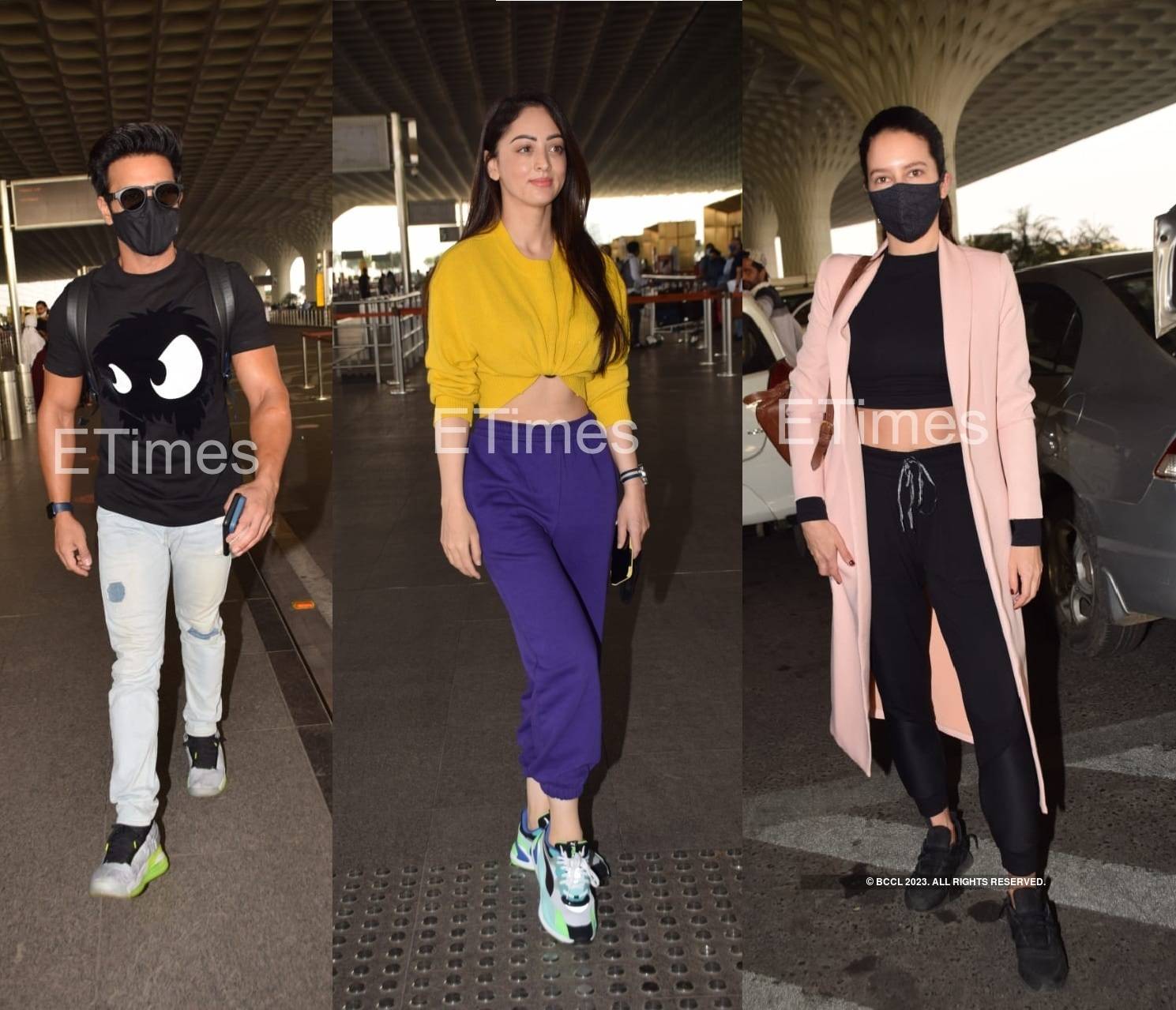 While Kartik Aaryan zoomed past the paparazzi on a bike post his dance rehearsals, Farhan Akhtar, who was sporting a stylish man-bun was spotted outside his sister Zoya Akhtar’s residence. Music director Pritam and filmmaker Shakun Batra were also seen outside Karan Johar’s office in the evening. Parineeti Chopra, too, was clicked outside Sajid Nadiadwala’s office, earlier in the day. 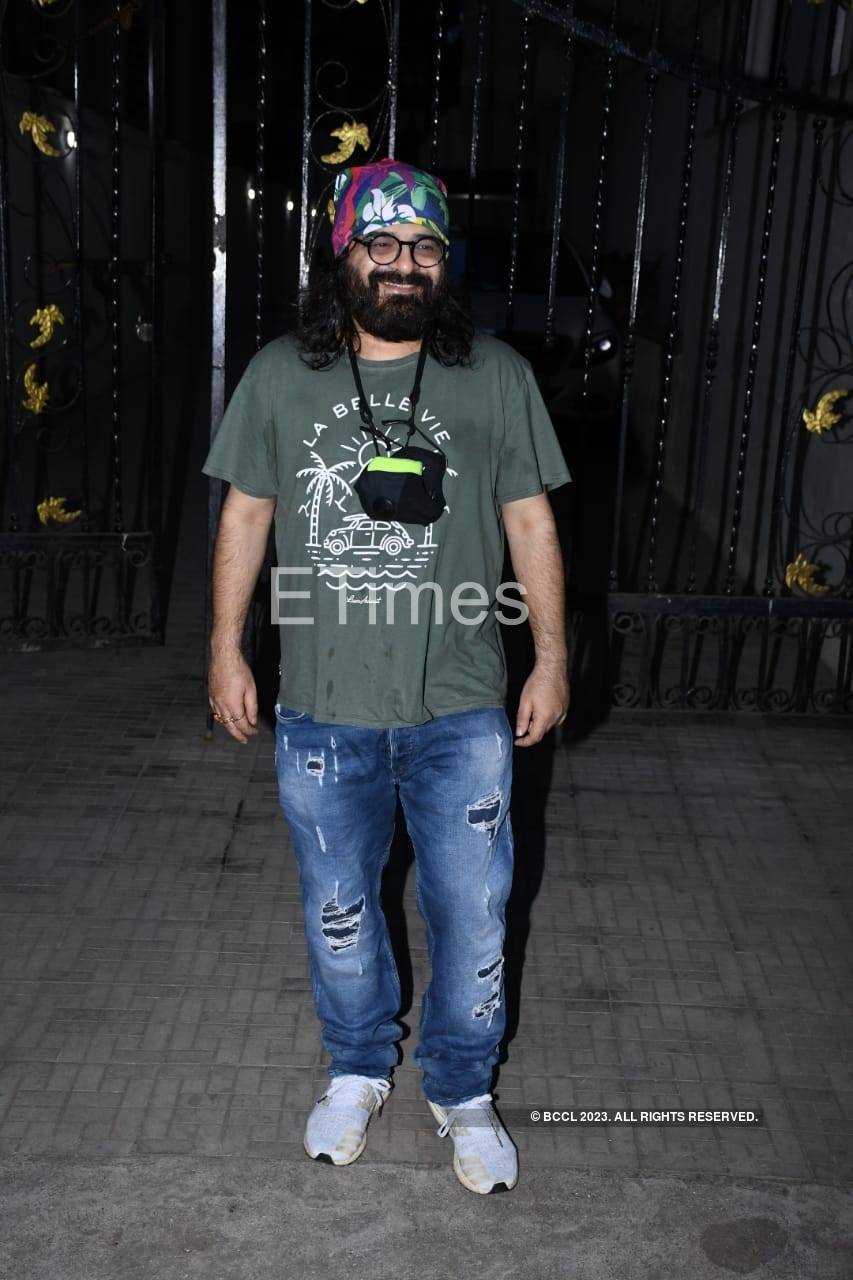 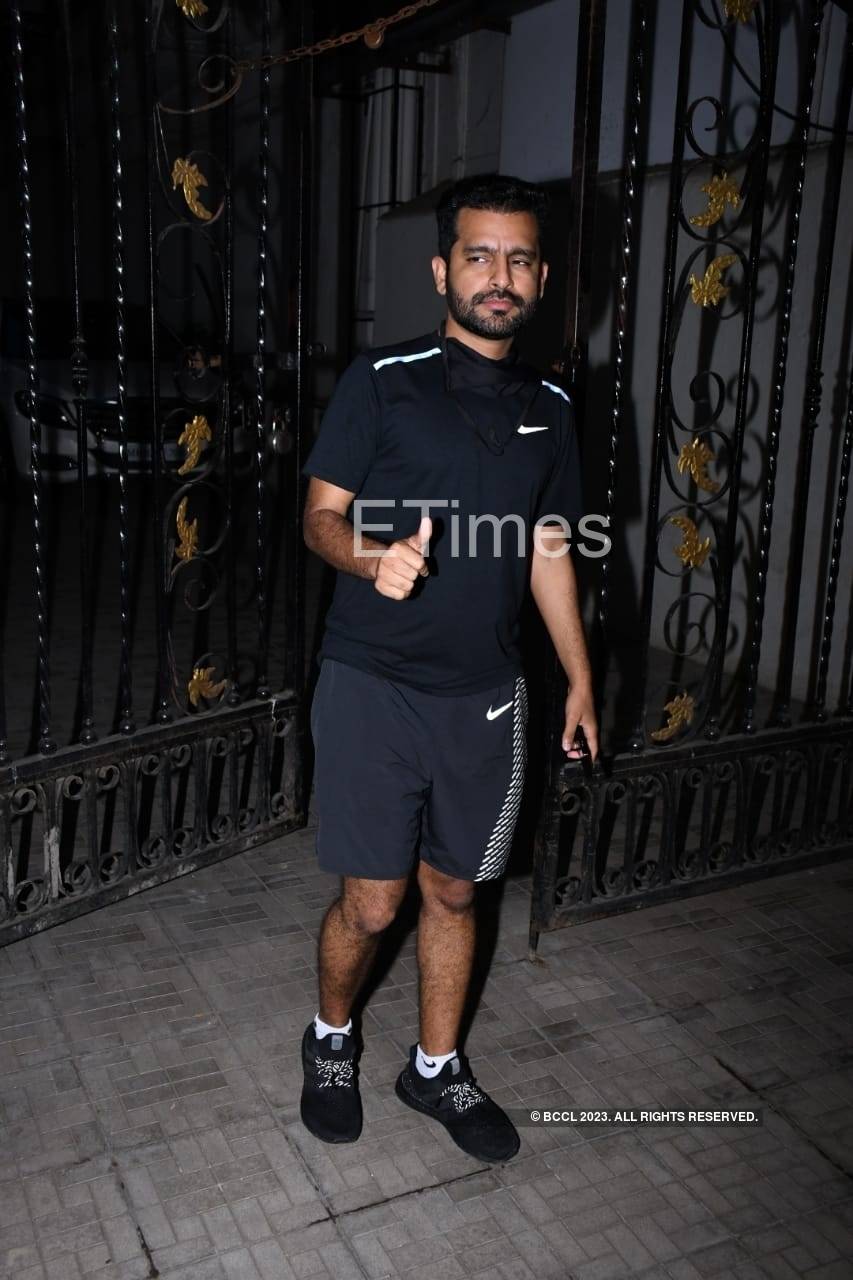 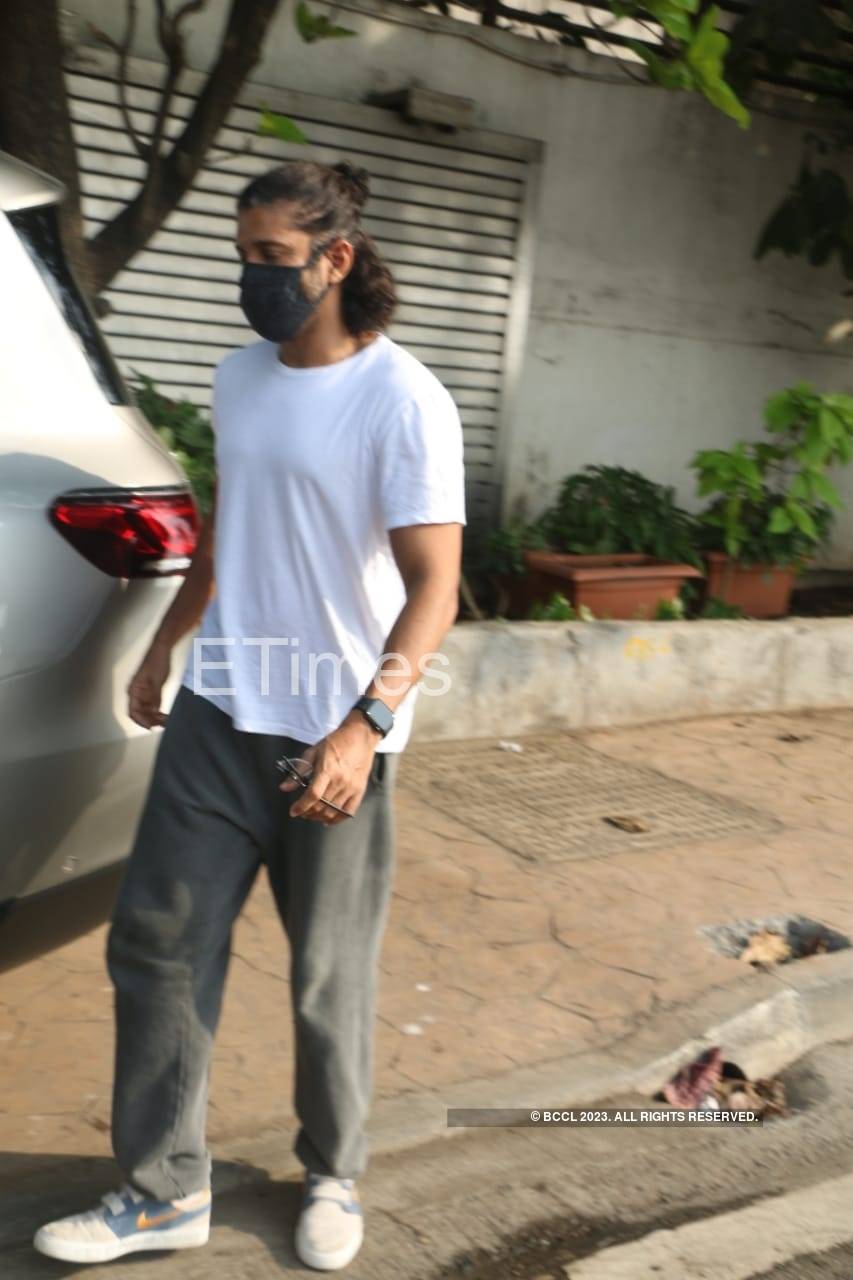 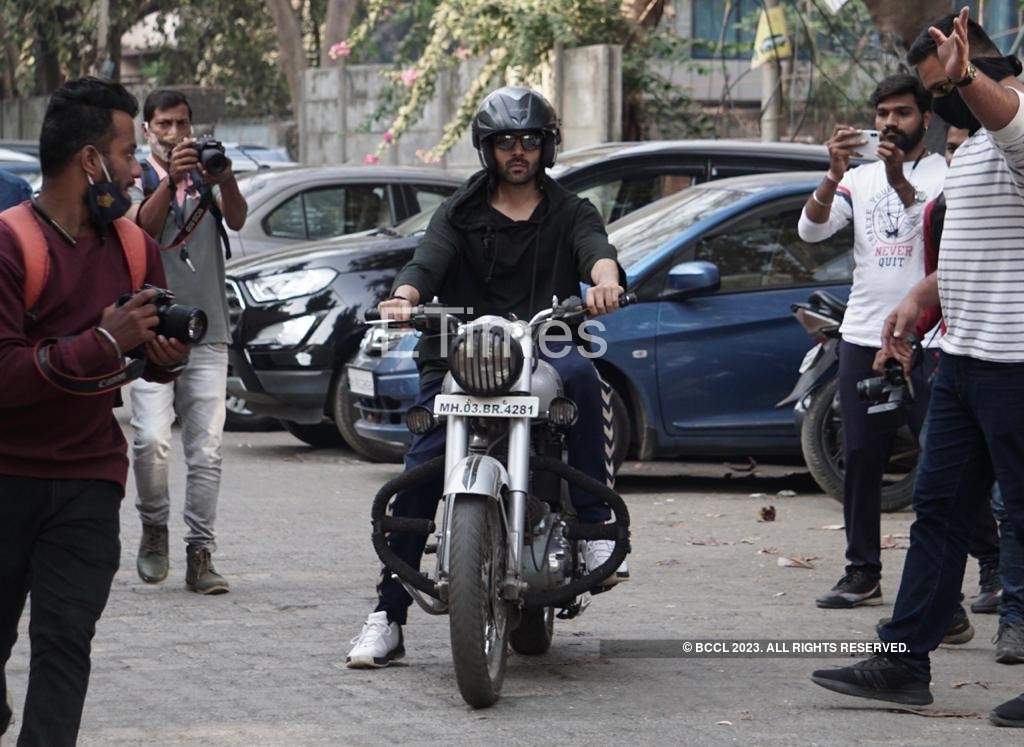 Jacqueline Fernandez, Nupur Sanon, and Kriti Kharbanda dolled up as they stepped out to run errands around town. 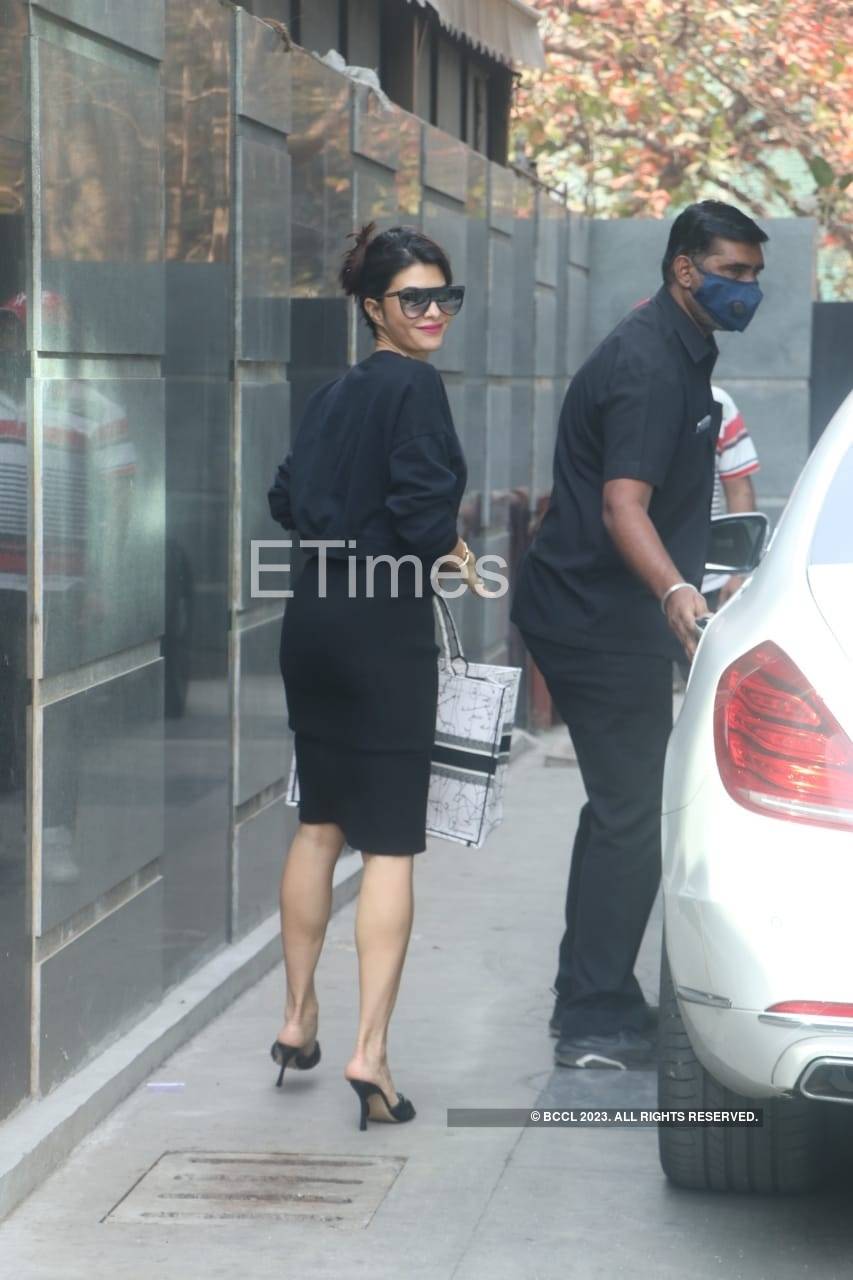 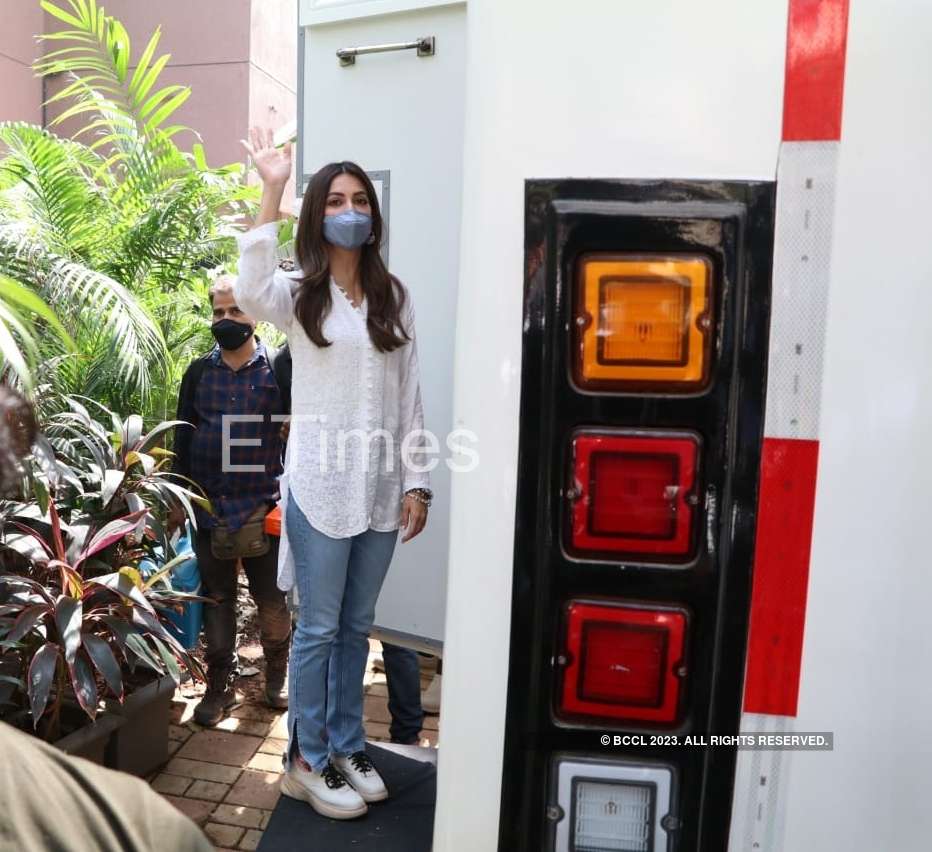 Vicky Kaushal, Krunal Pandya, and Sanya Malhotra stepped out for workout sessions and posed for our cameramen stationed there. 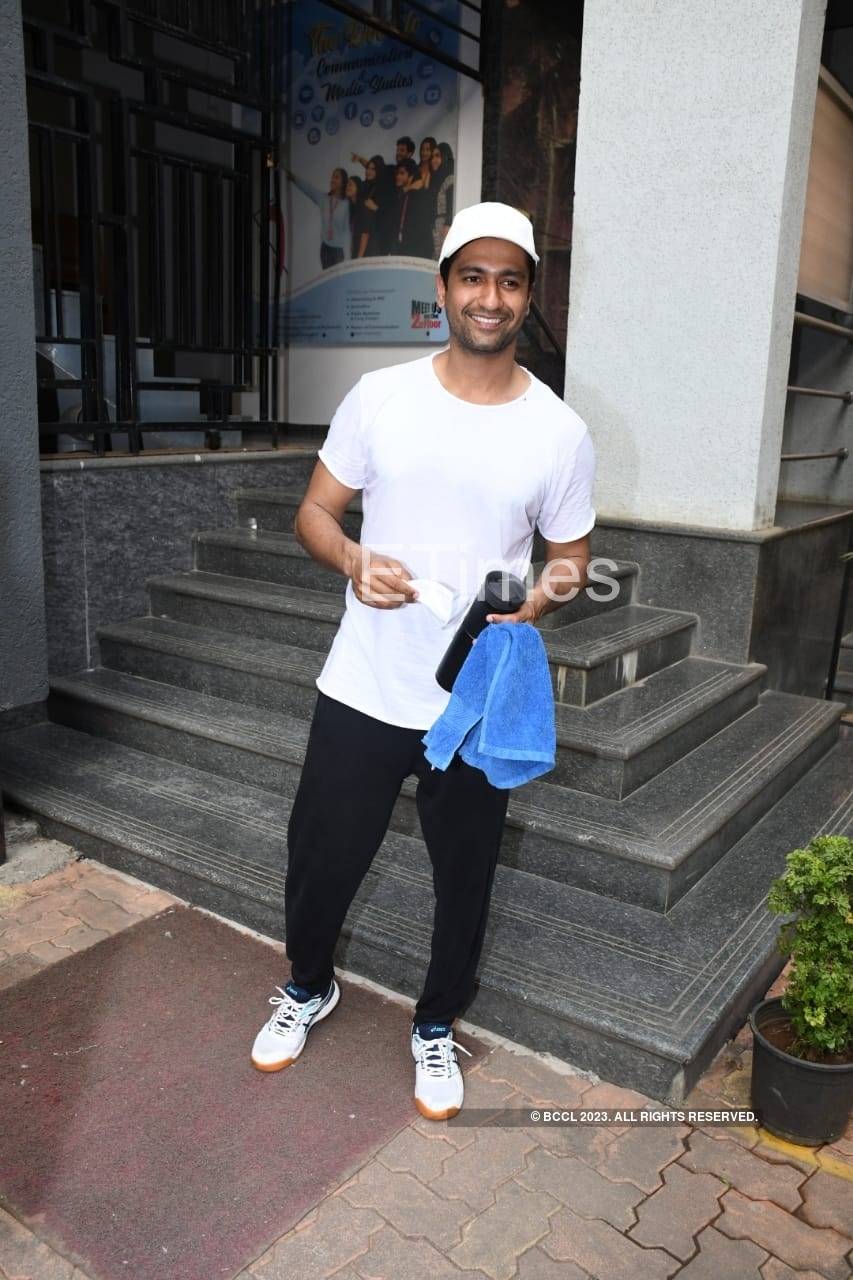 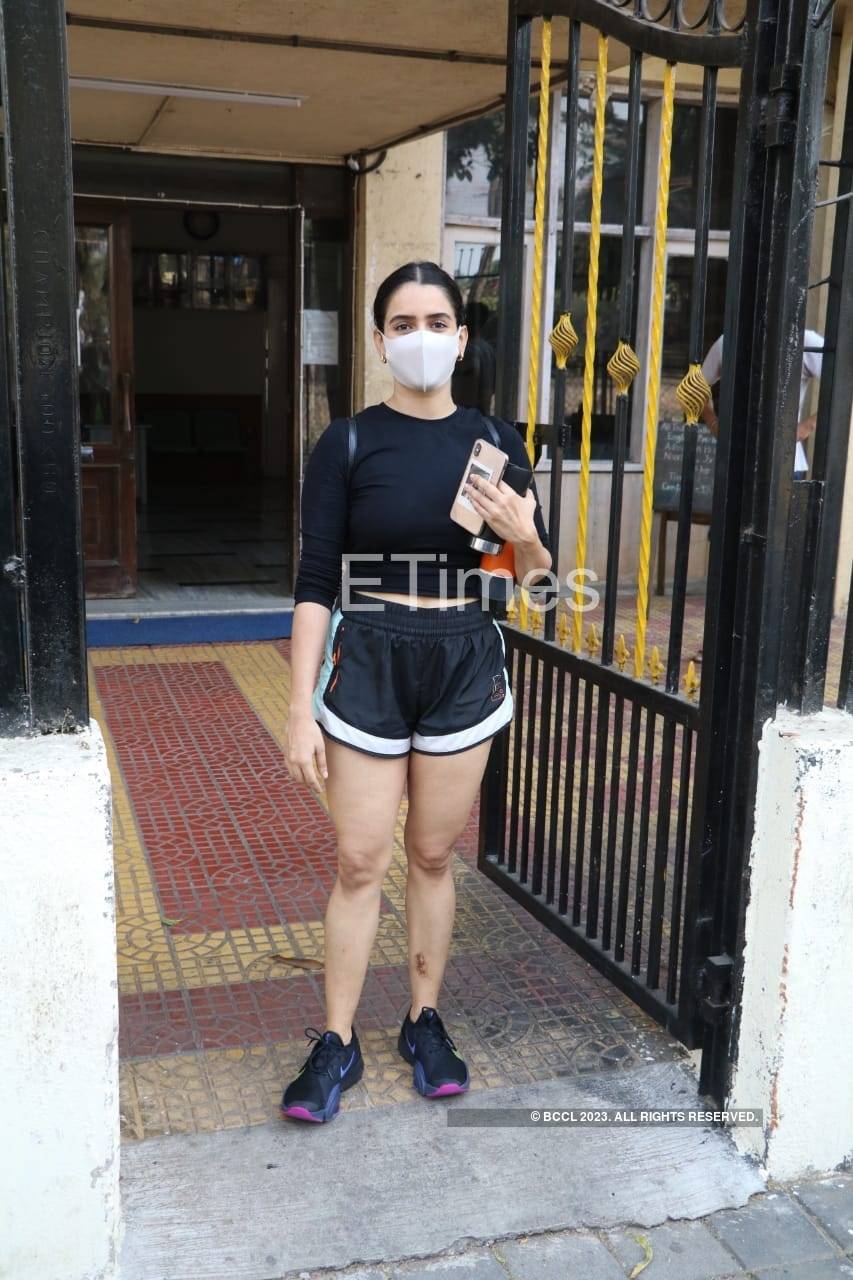