It has been a few years since Padmaavat released. Given what Sanjay Leela Bhansali underwent while making and releasing that movie, we don’t blame him for taking a much-needed breather before he sat down on the director’s chair again for his next with Alia bhatt, Gangubai Kathiawadi. Ahead of the film’s teaser release today, on the occasion of the director’s birthday, we send a quiet wish that the only upheaval that happens upon his next release is at the ticket windows, and the habitual offence-takers take their business elsewhere.

However, till the time another Sanjay Leela Bhansali magnum opus comes knocking, here is looking at his past work and what makes a ‘SLB film’. Now make no mistake, there is distinct style to his films. Bollywood aficionados can identify this oeuvre in a heartbeat, like when they tagged Kalank as a poor man’s Bhansali film. His fans will often describe his trademark style by using words like ‘grandeur’, ‘larger-than-life’, ‘opulent’ and, in some cases, even ‘perfect’. 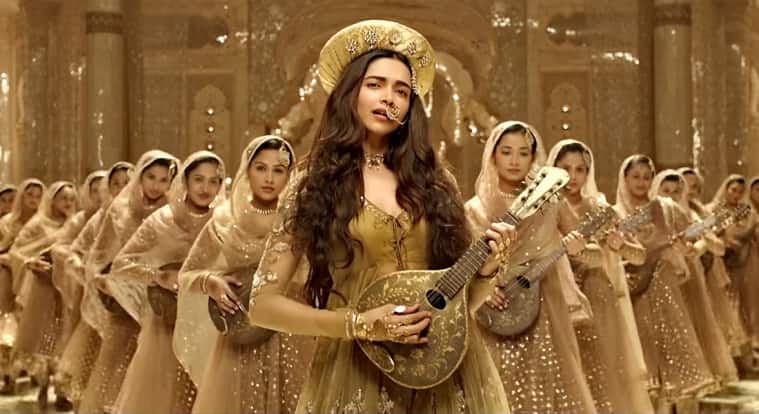 From what I have seen, and I have seen them all (yes, even Saawariya) Bhansali has a strong visual aesthetic and he puts it front and center in his movies. He knows that you are not going to listen to every word that his characters say for over two-and-a-half hours, so when you are distracted enough to not pay any attention to the words, he makes sure you are arrested by the visuals and the details of the sets and costumes that probably require a magnifying glass to be fully appreciated. The visuals make you feel like this is a ride through a museum with life-like dioramas but on closer inspection, it is in fact an actor pouring in his blood and sweat to get that perfect tear shot rolling out of his right eye.

One common critique of Bhansali films is that storytelling is not his strongest suit, but who said it had to be? Filmmaking is an amalgamation of various art forms and as one would assume, not everything always lands at the perfect spot to make a perfect movie and in his case, the thing that tends to suffer the most is – the story. Be it the Romeo and Juliet inspired Goliyon Ki Raasleela Ram-Leela where people are signing orders for mass murders (how does something this illegal even require paperwork?) Or that really confused second-half of Hum Dil De Chuke Sanam (I believe Vanraj made a mistake), or even that strange climax of Padmaavat (that Jauhar scene is never going to be okay), Bhansali movies lose the plot eventually but guess what keeps you interested until the end? Yes, it’s those costumes and sets!

The music of Bhansali films has been a mainstay since his Khamoshi and Hum Dil De Chuke Sanam days. Even the blot on his reputation, Saawariya had great music. So, like many greats who don’t believe in delegation and swear by the fundamentals of micromanaging, Bhansali jumped into the deep end with Guzaarish and has since then been the music man for all his films. And to his credit, this was probably the best decision he ever made in his film career.

Another regular feature of a Bhansali film, or at least what we have seen in his last three films, is people’s ability to find something controversial that allegedly harms the pride of a community. A clip of a bare waist can get your nose chopped and even the suspicion of what the film may turn out to be eventually can get the director assaulted.

Bollywood was a simpler place when Bhansali made his early works and while technological advancement led us to watch Padmaavat in 3D, it has become a tougher place for someone who believes that being a relic of the past makes him vintage, and not obsolete.