After more than 10 months of forced lull, Bollywood is finally looking to wake up to brighter Fridays. There’s already been a slew of big release announcements – from Salman khan‘s Radhe slated for Eid to Shahid Kapoor booking Diwali for Jersey. Producers tell us that Bollywood is ready to heal, and they hope that the audience will help revive the industry.

2021 is a fresh start for all of us. Production houses, actors, directors, the crew are strictly following shoot guidelines so we can finish our pending shoots and start new projects, ”says Bhushan Kumar, who has Satyamev Jayate 2 releasing on Eid, while Ayushmann Khurrana-led Chandigarh Kare Aashiqui has wrapped up production.

Kumar was among the first few producers to take his films to floors as soon as the lockdown was eased around August-September last year. The T-Series honcho says the industry is desperate to compensate for the losses it suffered last year and that it is only possible if pending films get release dates and new ones start filming.

“Many of my films went on floors once lockdown was eased like Satyameva Jayate 2, Atrangi Re, Thank God, Radhe Shyam, Chandigarh Kare Aashiqui, and others with necessary precautions. We also have films like Adipurush (with Prabhas and Saif Ali Khan) that went on floors today. It is an important move made by all producers to find stability in the entertainment sector. There were big losses we all incurred during these times and going ahead with shoots and planning releases is a way of compensating and building for the future in these trying times, ”says Bhushan Kumar.

Monisha Advani, co-founder of Emmay Entertainment and the co-producer on Satyamev Jayate 2, says resumption of theaters is a proof of audience’s demand for the big screen experience combined with the perseverance of theater owners.

“The resumption of theaters is also a testimony to the consumer demand for this form of content, as well as the collective resilience of theater owners, studios and filmmakers. We are optimistic about seeing our films reach the box office, especially Satyameva Jayate 2, which hopes to keep its date at cinemas this May, ”says Advani, who also has Akshay Kumar-starrer Bell Bottom ready to release.

While there had been reports that Bell Bottom was being sold to an OTT platform, the trade is now speculating that the makers might bring it to cinemas on Independence Day.

The new-found confidence among Bollywood filmmakers is primarily because of the crackling collections of master and Ravi Teja‘s Krack, and the removal of 50% occupancy cap by the government. With 100% occupancy in theaters now allowed, producers have joined the race to announce the release date of their big-ticket projects.

Weeks ago, Salman Khan heeded to the plea of ​​exhibitors and announced that his upcoming actioner Radhe will arrive in theaters this Eid. Days later, Bhushan Kumar announced Satyamev Jayate 2 for the festival. Ranveer singh‘s 83 and Akshay Kumar-led Sooryavanshi mean while are aiming for a late March-early April release.

But the sudden haste with which Bollywood is reacting to box office prospects seems to also stem from the never-before stifling competition from the South, says Bihar-based exhibitor Vishek Chauhan.

Occasions like Diwali, Eid and Independence Day have been largely about solo domination by top Bollywood stars. But this time, Allu arjun is bringing Pushpa (in Hindi) on Independence Day. Rajinikanth booked the Diwali slot for Annatthe posing a clash with Akshay Kumar’s Raksha Bandhan and Shahid Kapoor-starrer Jersey. And, Eid is congested with Chiranjeevi’s Acharya also sharing the release date with Radhe and Satyamev Jayate 2.

The linguistic barrier of south Indian films in North India circuits definitely exists but with an increasing number of movies being dubbed in Hindi, makers from south have made it clear that they are confident of grabbing newer markets. 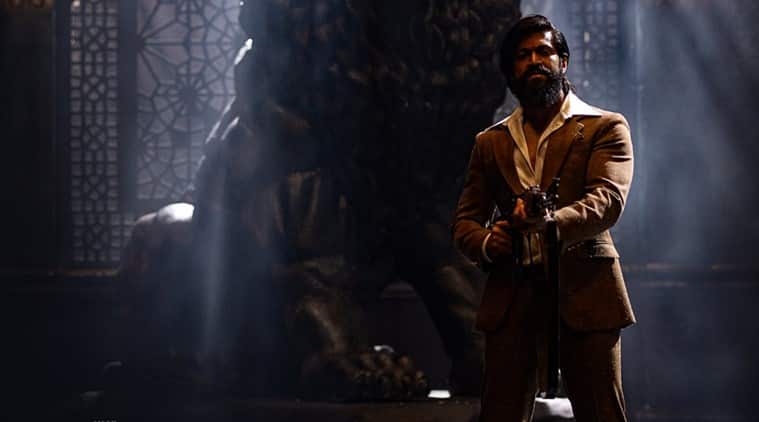 “The one film that the audience is actually waiting for is not from Bollywood but Sandalwood. It is KGF: Chapter 2! People are going crazy over it. During the lockdown, the audience explored films outside the Hindi language and that has gained them accustomed to names like Vijay, Allu Arjun and Yash. There’s new-found anticipation for films by these stars. And that attracted in how the 2021 film schedule looks right now. South has taken the lead, and Bollywood is scared. Mainly because South has films that appeal to a big screen audience. Rajamouli’s RRR is being awaited more than anything else. While Bollywood is still relying on a Sooryavanshi to start its box-office journey, South has already taken the lead, ”Chauhan says.

That’s the conundrum that Bollywood 2021 finds itself in. Too many films are ready to arrive in cinema halls, and everyone wants the best part of the pie. So, while exhibitors are sure of gigantic business, the problem now is of too much to choose from.

“Box office clashes are not good for the industry or for us. Satyamev Jayate 2 and Radhe are films of the same genre and releasing them on the same date doesn’t help. They will eat into each other’s business. And the problem for single-screen owners like us is that we will have to make the difficult choice of whom to give how much showcasing. We don’t want to get into that fix because these are box-office pullers and we would want everyone to reap benefit from them. Everyone’s aware how single-screen exhibitors are arm-twisted when the question of screen-count arises. We are laid baits. We are blackmailed. I am already panicking thinking of these situations because they will arise given how everyone’s rushing to block the same dates. Last year, we suffered from too less, now our problem is too many, ”says Vishek Chauhan.

Exhibitor Akshaye Rathi, who runs a chain of cinemas in Madhya Pradesh, agrees that Bollywood is looking at a party that’s too crowded for comfort. He feels that filmmakers need to make such combinations at the box office that not only do projects earn their due, they also cater to different and wider sensibilities.

“Ultimately, there are only x number of weeks in a year and now there are Hindi films and South Indian films dubbed in Hindi. So, it’s important for filmmakers to make sure they work in sync. They should look at releasing films of different genres together rather than have two mass entertainers come on the same day. Like if a Jayeshbhai Jordar, a Bunty aur Babli 2 and a Sataymev Jayate 2 release together, there’s something for everyone. Producers need to make sure that every week there’s some content that excites every kind of audience. If that can be done, there will be surely a method to madness, ”Rathi says.

Both the exhibitors also believe that Bollywood has been late in setting the ball rolling at the box office. According to the trade, big films should have already been lined up for February while smaller movies should have been released.

“Bollywood says that we were waiting for 100% occupancy to announce releases. But I ask how many films really open at 100% occupancy anyway? There are many small films ready to release, but still makers are holding them back. For what? They are anyway not getting more than 40-50% occupancy. I believe Bollywood filmmakers are actually not sure of their content and hence just delaying and putting it all on the occupancy cap. If a Vijay could go forward, what’s stopping you? You just want Sooryavanshi or a Radhe to take all the burden so that you can entice the audience into the cinema-viewing habit once again, ”says Vishek Chauhan. 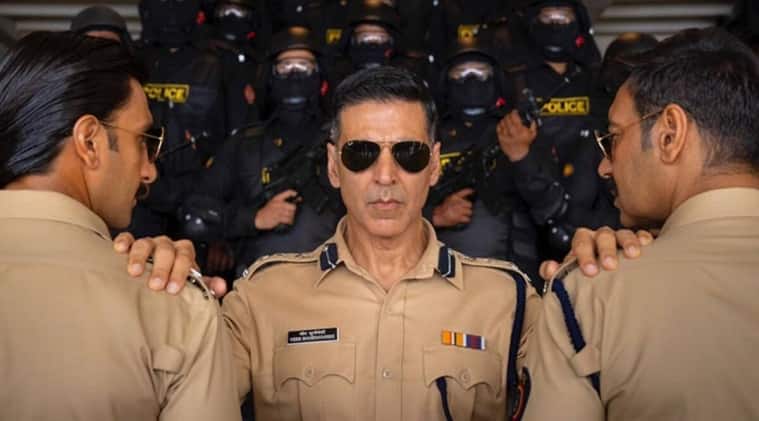 Akshaye Rathi cautions that producers should not wait further to line up their films because the audience has given its vote – they are ready to come to the theater provided films are appealing enough.

“The further you go into the year, the more clutter there will be and the lesser showcasing everyone will get. I hope now films start releasing in February and March rather than waiting for the end of March or April. Only then will we able to accommodate all the content that’s pent up for this year. “

With the industry chalking out its box office plans, one wonders where it would leave digital platforms? OTT has established itself as an alternate space to the big screen, with film buffs getting into the habit of experiencing stories from the comfort of their homes.

Even the makers of Master brought it on Amazon Prime Video two weeks after its theatrical release, upsetting exhibitors. Will 2021 see fewer films taking the OTT route or will the demarcation between stories suited for theaters and digital platforms be clearer than before?

“OTT is a bubble that will not last long. It became relevant because of the pandemic. What we have seen is that films that have released on streaming servives in the last two years have been mediocre. They aren’t the type you would want to watch again. Not a single film has been such that would have worked at the box office. Also, the producers, who couldn’t afford to wait as there was interest building up, took the OTT route, but the big money lies in cinemas, ”says exhibitor Raj Bansal, the director of a multiplex in Jaipur Entertainment Paradise.

Bansal’s opinion finds resonance with Bhushan Kumar, who believes that while OTT has helped producers avert huge financial crisis, for the industry to keep the fire burning, cinema halls is the right choice.

“We are grateful to OTT platforms for coming forward and releasing our films exclusively on their platforms so that our audiences had films to relax and enjoy during the lockdown. But to support the theater business and majorly for our audiences to enjoy films on big screens, we are all trying to create more films which can help rebuild our sector, ”says Kumar.

2020 has not only distanced the audience from the big screen, but it has also severely affected many smaller players in the business. Exhibitors, hence, believe that Bollywood should also focus on revival of the single-screen theaters.

“People have lost their jobs and businesses. So many small exhibitors had to shut down their theaters and exit the sector. Some have moved on permanently. We have been trying to lure them back citing big films, but some don’t even have the resources to restart their theaters. This means lesser screens for future showcasing of films. Producers need to give them hope and that will happen if big-ticket films are announced faster. At the same time, state governments need to look at providing them some aid to get them back on their feet, ”says Vishek Chauhan.

If one looks at the current declared line-up of Bollywood movies, one would find nothing other than action or big-scale spectacles. Perhaps because makers also know that celebratory experiences are what will bring the audience back to cinema halls.

Producer Anand Pandit, who has Amitabh Bachchan-starrer chehre up for release, says that the effort going forward will be to provide relief to all those whose livelihood is dependent on the Hindi film industry and awaken sentiments of the viewers that they have always associated with the movies.

“We are hoping 2021 eases the lives of millions involved with the Hindi film industry – directly and indirectly. With big releases planned including my film Cheer with Amit ji, it gives hopes to every sector of filmmaking that the wheels of the industry are moving once again. The Hindi film industry relies heavily on sentiment and it is important to reignite that hope. It’s that positivity that brings in the money and investments for fresh projects, ”observed Pandit.